Holy moly.  I don’t recall ever seeing so much rain at one time.  And I remember Hurricane Alicia in 1983 and with what may be the worst flooding in our area, Tropical Storm Allison (hit twice, back-to-back) in 2001.

I kid you not — our property just witnessed 4-5 inches of rainfall in less than 30 minutes.   It literally opened up and let loose on us.  The back fence along the creek?  Not even visible from inside the house.  Just a blinding wall of falling water.

Hearing the downpour from the back bedroom as it began, it sounded like a lot of water.  When I got up to look out the window, what struck me wasn’t that I could no longer see the back of the yard, it wasn’t even the gutters mimicking Niagra Falls, inundated with roof run-off.  It was what I saw when I looked down that concerned me the most.

Cripes.  A lake of water was quickly collecting against the house in the course of just a few minutes. Uh oh.

I sprang to action.
Sprinting past Scott in the office (he had no idea what I was doing), I grabbed two shovels from the garage and slipped on my gumboots.  When Scott came out to see what I was up to, I put the shovel in his face.  “We’ve got some digging to do!”

This was some serious water; it just kept coming, and kept coming.  I’d never seen anything like it. We both got to work post haste, me on my trench, he on his, working feverishly to relieve the water that was now 6″ deep around the back of the house; the weep holes of the brick façade were completely submerged.  Oh no.

The soggy earth was easy to move and two shovels made quick work of the ground, excavating nearly a foot down and 20 feet out for both relief trenches.  Gotta get that water flowing.

Slowly, slowly the water began to drain out to the yard, away from the foundation.  But it’s not moving fast enough, cannot keep up with the rain that is still falling and falling hard.  Something is keeping the gutters from emptying.

Scott had an idea.  He ran and got the plumber’s snake and inserted it into the 100′ section of drain pipe.  He turned, I pushed.  I peered around the corner to see what looked like Old Faithful at the edge of our property.  That’s more like it.  “It’s clear!” I yelled back to him.

Lightening struck a few times, and a couple of them were quite close.  Good thing I’m in rubber boots, right?  The rain was really coming down by now and my boots quickly filled up with water to the knees.

As quickly as it began, it stopped.  Frenzied, sopping wet, and looking at each other, we realized the worst of it is now over.  The crisis, averted.  The best part?  No water got into the house.

Scott and I gave a joyful high five.  Teamwork, that’s what I’m talking about; only 15 minutes had passed with all of that.

We went back in, drenched, to a house with no power.  It’s another fuse that needed replacing, the power company told me.  Yeah, we’ve heard that before.

Before the sky opened up, we took the boys to Brazos Bend State Park for a morning nature walk. The girls have been staying at their cousins, and we gained another boy (cousin) in the exchange.  It’s been like a mini-vacation for us since the little mess-and-noise-makers were picked up on Thursday.  It’s all back to normal by the end of the week.

Here are a few scenes from the park for your visual pleasure, processed entirely by my camera in usual fashion.

If only we’d known what was coming.  The clouds built rather quickly.

39 thoughts on “When It Rains, It Pours” 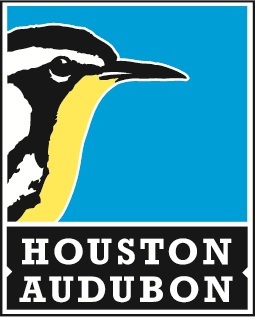