“It’s as much fun to scare as to be scared.” ~ Vincent Price

In our household, October 31 officially rings in autumn. The cooler temps don’t ‘fall’ until late October anymore, bringing the oppressive Texas days into a more comfortable mid-80’s. Nights and mornings are seasonably cooler than the past several months, and we begin enjoying stretches of time hanging in the out-of-doors again.

So long, Summer. You’ve been a brute.

Come autumn, the windows open at night, and on a weekend when the skies are clear and the moon is bright, up goes the tent for some spook-infused yard-sleeping.

After a dinner of Coleman-propane grilled veggie hot dogs and potato salad, the kids were keen to carve pumpkins. We get ours from pumpkin patch a few towns over (it’s actually a strawberry farm) so the kids have a variety of sizes and shapes from which to choose.

In past Halloweens, Dad did most of the work. Okay, that’s a lie; he did all the work. Now, the kids do everything on their own: picking, designing, carving, cleaning.

While the older three still get the biggest pumpkin they can manage to carry out on their own, Ginny opted for the pie pumpkin size this time. It’s lighter to carry, less time to empty and decorate, and decidedly less clean-up afterward, she rationalizes.

We keep the seeds to roast and eat throughout the week. As much of the flesh that we can conserve gets steamed and saved for (later) soups and desserts.

We’re vegan, so we get our own candy and stay off the streets for the big ‘Trick-or-treat’ night. It’s more fun (and cheaper) to eat sweets and popcorn and snuggle up to a horror film at home. We never get knocks on the door as our neighborhood is horrible for walking–no sidewalks, no street lights, and a low of candy-to-home ratio.

And then there are all the Halloween creatures. Who-who can resist such a frightful delight?

What are your autumn traditions?
Happy Halloween! 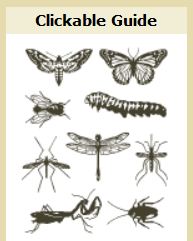